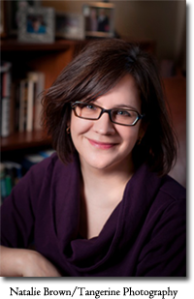 Jennifer Robson is the USA Today and #1 Globe & Mail (Toronto) bestselling author of five novels, among them Somewhere in France and Goodnight from London. She holds a doctorate in British economic and social history from Saint Antony’s College, University of Oxford. You can find her online at jennifer-robson.com.

Shauna Kosoris: What inspired your newest book, The Gown?

Jennifer Robson: I had just finished writing Goodnight from London, which ends on V-E Day, and I wanted to know what happened next – not necessarily to my characters, but rather to the people of Britain in general. What happened is that day-to-day life continued on much as it had during the war, and in many respects it actually became more difficult. An entire novel built around post-war misery wouldn’t have been very appealing to most readers, though, so I needed something to leaven all that austerity. In the royal wedding of 1947, and the creation of Princess Elizabeth’s wedding gown, I found the perfect counterpoint.

What attracts you to writing stories set during the World Wars (or in their aftermaths)?

As an academic I specialized in the economic and social history of Britain in the first half of the 20th century; my doctoral thesis at Oxford was partly focused on aspects of clothes rationing during the Second World War. The world wars – what my father, also a historian, has described as the “crucible” that defined the 20th century – have always been a particular interest of mine, and I doubt I will stray very far from either war in my writing.

What is your process like for researching your novels?  Does it differ depending on the book you’re working on?

It doesn’t, in that I approach the research process as most any professional historian would do: I begin with general histories, move to specialist histories, and finish the process with as many primary sources as I have the time and funds to uncover. When I was writing my trilogy set during and after the Great War, I had to rely on after-the-fact interviews – existing oral histories and the like, as well as other primary sources such as contemporary newspaper articles, diaries, memoirs, military accounts, and so on. When it came to writing Goodnight from London and The Gown I had the most wonderful luxury of being able to interview people who had lived through the events I was writing about – and I do feel that their contributions added immeasurably to the immediacy and vitality of both books.

What was the most interesting fact you came across while researching The Gown?

I think it was Betty Foster’s account of the way that Miss Halliday, the senior seamstress in charge of making up the gown, invited every woman in the sewing workroom to add a stitch to the princess’s gown; that way they could all rightly say they had helped to make it. Not only was it a beautiful detail, but it also gave me a rare insight into the warmth and collegial atmosphere of the workrooms at Hartnell.

That’s fascinating!  So what are you working on now?

My next book is set in Italy during the Second World War and has as its principal character a young Jewish woman from Venice. The story begins in 1943 and follows her to the present day, and the question I’m interested in answering is: how do you survive, and hope to find happiness, when everything but your life has been stolen from you?

And finally, what are you currently reading?

I just finished reading an advance copy of Lauren Willig’s The Summer Country. It’s an epic story – honestly, it is so BIG in every way that I have to call it an epic – set in colonial Barbados, and after the first page I was hooked. Lauren is such a talented writer, and she really did the most incredible amount of research on this book. I absolutely loved it. 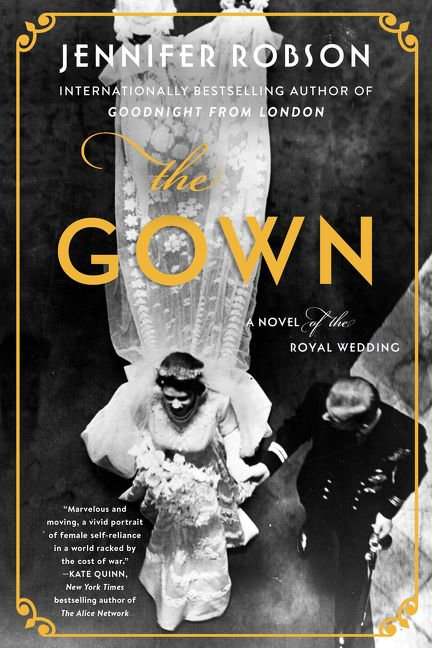