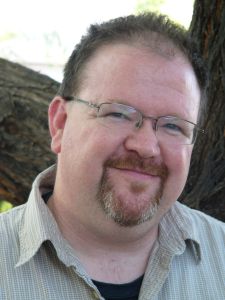 Kevin Hearne is the author of the Iron Druid Chronicles.  It took him six years to write his first novel and three years to write his second; neither have been published.  Atticus and Oberon were created for a contest he decided not to enter because he didn’t want to share them with anyone.  Instead he wrote Hounded in eleven months and became a “fortnight success” after nineteen years of writing and submitting.  You can find him at kevinhearne.com.

Shauna Kosoris: Many of us here at the library have enjoyed reading Hounded and the other books in your Iron Druid Chronicles.  Tell me, what inspired you to write them?

Kevin Hearne: I wanted to read a book about the Irish gods in the modern world and didn’t find any, so I wrote one. At the time, I was seeing some appearances by the Morrigan or variations on the Wild Hunt, but nothing much about the Tuatha Dé Danann and the old-school Fae.

SK: What about the Tuatha Dé Danann appeals to you so much?

KH: The Tuatha Dé Danann are appealing because they don’t have the patriarchal view of women almost omnipresent in other western mythologies that has resulted in such widespread misogyny today. The Tuatha Dé Danann are full of women who are often more powerful than men, who enjoy sex and are not shamed for it, and who inspired the pagan Irish to be a fierce, creative, and lusty people.

SK: Were you planning on having other supernatural creatures along with the druids and Tuatha Dé Danaan in the Iron Druid Chronicles right from the beginning?

KH: Oh, yes. If I was going to make the Tuatha Dé Danann real, there was no reason not to include other pantheons and myths as well.

SK: Why did you decide to use Fragarach, the Answerer, as the sword that causes Atticus all of his troubles?

KH: Research into Irish mythology suggested it. There were records of the Tuatha Dé Danann giving Fragarach to Conn of the Hundred Battles but no records of him ever returning it or using it later in his reign. I made Atticus the reason why.

SK: Oberon, Atticus’s Irish wolfhound, was easily my favourite character.  Where did you get the idea for him?

KH: I like doggies! Oberon was actually my first character. From there I needed a magic user who could communicate with animals, and that’s when I thought of Druids and Atticus was “born”.

KH: Druids didn’t have a master-servant or even the master-slave relationship that characterizes interactions between witches/wizards and their familiars. They have that basic respect for other creatures, so that the relationship is more of a partnership or friendship instead of service to a power-mad magic user.

SK: That friendship definitely works for Oberon and Atticus!  So what can you tell me about your newest book, Shattered, which comes out on June 17th?

SK: Other than your forthcoming Star Wars book, Heir to the Jedi, what’s next after Shattered?

KH: An epic fantasy called A Plague of Giants, and then I’ll write the eighth Iron Druid book.

SK: Will your epic fantasy be a standalone novel or the beginning of a series?

KH: The epic fantasy will be the first book of a trilogy.

SK: To finish off, I’d like to ask you a few questions about what you read.  What book or author inspired you to write?

KH: Ken Kesey’s One Flew Over the Cuckoo’s Nest.

SK: Finally, what are you currently reading? 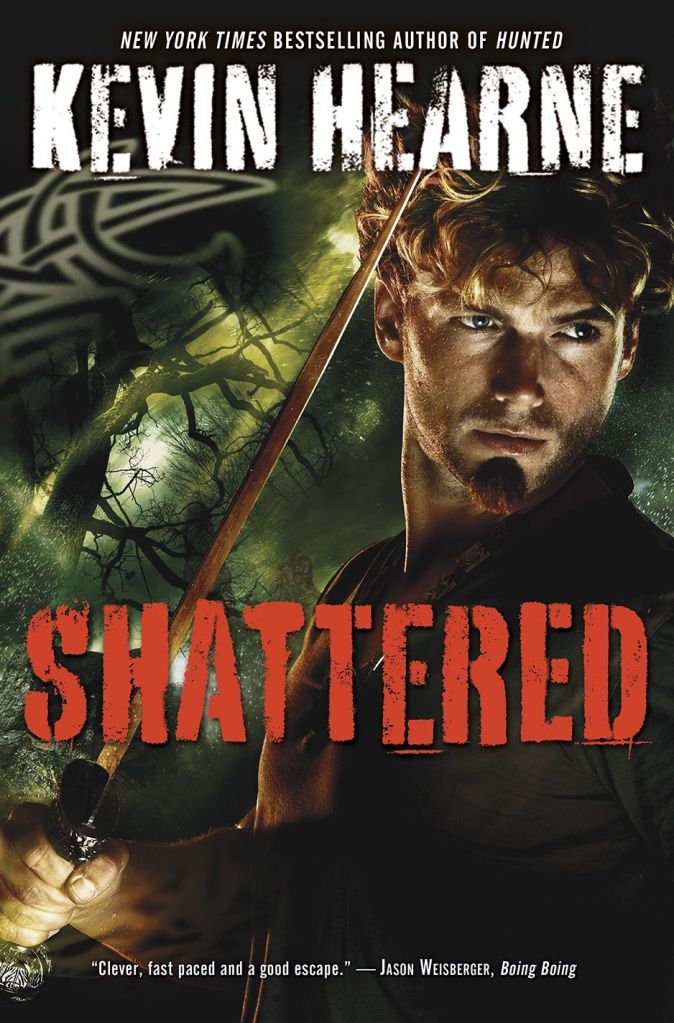