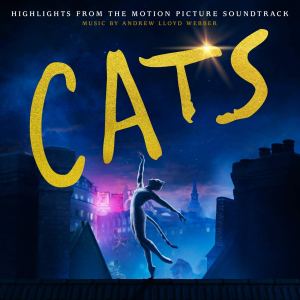 The 2019  movie Cats had some of the worst movie reviews of that year. I feel like it doesn’t deserve such a bad reputation. It wasn’t that bad. They got people who could actually sing, unlike other movie musicals.

The story of Cats is about the Jellicle Cats (pretty much a gang of cats, most are strays, but some have homes) and the Jellicle cats are going to a yearly ball called the Jellicle ball. In this version of Cats, we follow a young kitten named Victoria. We get to see the Cat world from her eyes, which I find really neat because live musical versions of Cats never did that. The live performance would just talk to the audience.

I liked this movie. I thought it was good and it’s on the better side of movie musicals. I first watched this movie as a joke but not even halfway through I realized it wasn’t so bad. If you look past the CGI cats and look more at the movie itself, I think you’ll enjoy it. This movie has great songs in both Act 1 and 2. I think the best thing to do if you do want to see the movie is to go into this movie without other’s opinions of the movie — I think that’s a big part of why people didn’t like the movie.

If you want to watch it, watch it. We all have different opinions on stuff but with that said, I still highly recommend this movie.