Notes from the Pride Month episode of Read This Next. Watch the episode here: https://youtu.be/3eR3IunctLw
Pride Programming from TBPL

Story Time with Miss Patience! June 17 @ 10:30am: Prince and Knight on Facebook Live

Online Activities roundup of Pride programs around the world for kids, teens, and adults.

From the cloudLibrary Shelves 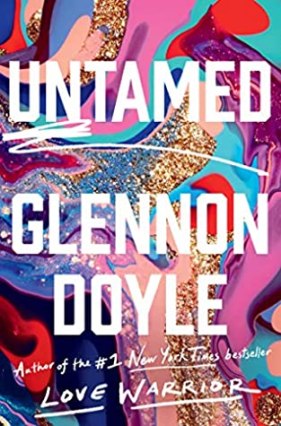 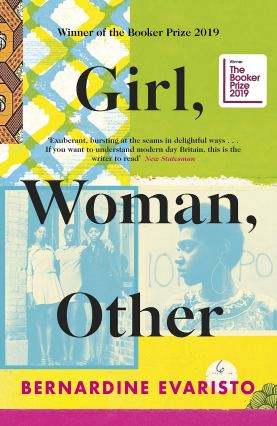 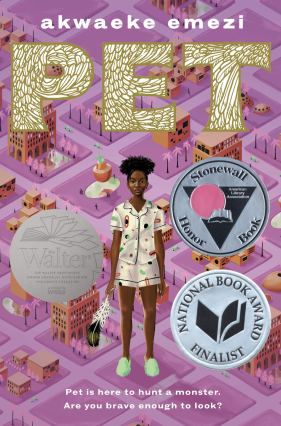 Fairest by Meredith Talusan
Boys of Alabama: A Novel by Genevieve Hudson
Swimming in the Dark by Tomasz Jedrowski
Good Boy by Jennifer Finney Boylan
Mostly Dead Things by Kristen Arnett
Wow, No Thank You. by Samantha Irby
The House in the Cerulean Sea by TJ Klune
The Animals at Lockwood Manor by Jane Healey
Untamed by Glennon Doyle
This Town Sleeps by Dennis E Staples
Something That May Shock and Discredit You by Daniel Mallory Ortberg
Girl, Woman, Other by Bernadine Evaristo
High School by Tegan Quin, Sara Quin
NDN Coping Mechanisms by Billy-Ray Belcourt
Carnegie Hill by Jonathan Vatner
Disintegrate/Dissociate by Arielle Twist
Red, White & Royal Blue by Casey McQuiston
Holy Wild by Gwen Benaway
Jonny Appleseed by Joshua Whitehead
Little Fish by Casey Plett
Witchmark by C L Polk
Here Comes the Sun: A Novel by Nicole Dennis-Benn
After the Fire by Jane Rule
Call Me by Your Name by André Aciman

Date Me, Bryson Keller by Kevin van Whye
Check, Please! Book 2: Sticks & Scones and Check, Please! Book 1 by Ngozi Ukazu
Somebody Told Me by Mia Siegert
We Are Totally Normal by Rahul Kanakia
Scavenge the Stars by Tara Sim
The Sound of Stars by Alechia Dow
The Gravity of Us by Phil Stamper
Infinity Son by Adam Silvera
19 Love Songs by David Levithan
I Hope You Get This Message by Farah Naz Rishi
Wayward Son by Rainbow Rowell
Pet by Akwaeke Emezi
Not Your Backup by C B Lee
Keep This to Yourself by Tom Ryan
Laura Dean Keeps Breaking Up with Me by Mariko Tamaki and Rosemary Valero-O’Connell
Her Royal Highness by Rachel Hawkins
The Truth About Keeping Secrets by Savannah Brown
The Gilded Wolves by Roshani Chokshi
What If It’s Us by Becky Albertalli and Adam Silvera
Not Your Villain by C B Lee
They Both Die at the End by Adam Silvera
Timekeeper by Tara Sim
Not Your Sidekick by C B Lee
When Everything Feels like the Movies (Governor General’s Literary Award winner, Children’s Literature) by Raziel Reid

Keep This To Yourself by Tom Ryan: It’s been a year since the Catalog Killer terrorized the sleepy seaside town of Camera Cove, killing four people before disappearing without a trace. Like everyone else in town, eighteen-year-old Mac Bell is trying to put that horrible summer behind him—easier said than done since Mac’s best friend Connor was the murderer’s final victim. But when he finds a cryptic message from Connor, he’s drawn back into the search for the killer—who might not have been a random drifter after all. Now nobody—friends, neighbors, or even the sexy stranger with his own connection to the case—is beyond suspicion. Sensing that someone is following his every move, Mac struggles to come to terms with his true feelings towards Connor while scrambling to uncover the truth.

The Truth About Keeping Secrets by Savannah Brown: Sydney’s dad is the only psychiatrist for miles around their small Ohio town. He is also unexpectedly dead.
Is Sydney crazy, or is it kind of weird that her dad-a guy whose entire job revolved around other peoples’ secrets-crashed alone, with no explanation? And why is June Copeland, homecoming queen and the town’s golden child, at his funeral? As the two girls grow closer in the wake of the accident, it’s clear that not everyone is happy about their new friendship. But what is picture perfect June still hiding? And does Sydney even want to know? THE TRUTH ABOUT KEEPING SECRETS is a page-turning, voice led, high school thriller. 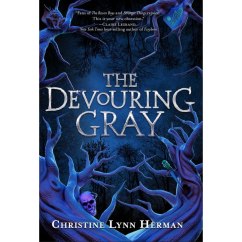 The Devouring Gray by Christine Lynn Herman: On the edge of town a beast haunts the woods, trapped in the Gray, its bonds loosening… Violet Saunders moves to her mother’s hometown Four Paths, a very small town that reveres and fears it’s founding families. The families protect the town from the “Gray”, a terrible monster that was trapped in a parallel dimension long ago. When Violet finds out that she’s descended from one of the town’s founders and the founders’ descendants have otherworldly powers, she starts to unwind the secrets of Four Paths forced to work with Justin, May, Issac and Harper. When bodies start to appear in the woods, the town’s respect and fear of the families turns hostile. Can the teenagers solve the mystery of Four Paths, and their own part in it, before another calamity strikes? (series)

The Sound of Stars by Alechia Dow: Seventeen-year-old Janelle (Ellie) Baker survived the invasion of  the Ilori aliens two years ago and now lives under their dystopian scrutiny. When M0Rr1S (Morris), a prominent Ilori commander made to appear human, learns she runs an illegal library, he is captivated by the fact that she loves books enough to risk her life. That’s how he feels about music, despite the Illori supposedly not having emotions. Morris offers her protection if she can smuggle him old records and iPods But when Ellie ends up scheduled for execution anyway, and Morris garners suspicion by intervening, the two end up on a cross-country road trip with rebellion in their sights.

Readalikes: Marrow Thieves by Cherie Dimaline, I Am Number Four by Pittacus Lore, Under the Never Sky series by Veronica Rossi 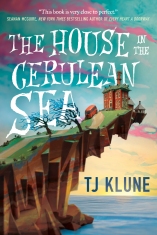 The House in the Cerulean Sea by T J Klune: Linus Baker leads a quiet, solitary life. At forty, he lives in a tiny house with a devious cat and his old records. As a Case Worker at the Department in Charge Of Magical Youth, he spends his days overseeing the well-being of children in government-sanctioned orphanages. When Linus is unexpectedly summoned by Extremely Upper Management he’s given a curious and highly classified assignment: travel to Marsyas Island Orphanage, where six dangerous children reside: a gnome, a sprite, a wyvern, an unidentifiable green blob, a were-Pomeranian, and the Antichrist. Linus must set aside his fears and determine whether or not they’re likely to bring about the end of days. But the children aren’t the only secret the island keeps. Their caretaker is the charming and enigmatic Arthur Parnassus, who will do anything to keep his wards safe. As Arthur and Linus grow closer, long-held secrets are exposed, and Linus must make a choice: destroy a home or watch the world burn.

An enchanting story, masterfully told, The House in the Cerulean Sea is about the profound experience of discovering an unlikely family in an unexpected place—and realizing that family is yours.