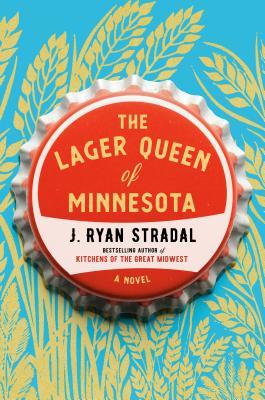 I must admit to being attracted by the unusual title but it’s the story itself that is extraordinary.  With subtle allusions to King Lear throughout the book, the story begins as a father leaves his entire estate to Helen, his youngest daughter, while leaving Edith his struggling elder daughter with nothing.

The two sisters are totally different.  Edith who works at a local nursing home has been married to Stanley for 40 years and though her life is full of hardships and tragedy, never complains about her fate.  Helen, has always wanted more than to marry and stay in their small town. Instead, she takes her inheritance and heads to college, determined to be a beer tycoon.  While Helen remains rigid and cold despite her successes, Edith is full of life and love. The wildcard in the plot, is Edith’s granddaughter, Diana, who following a brush with the law, decides to learn about the crafting of beer, hoping to follow her great-aunt’s footsteps.  Putting the female protagonists, in a traditionally masculine profession like beer making, made for a truly interesting setting, taking the reader on a journey into the crafting process.

These are strong female characters that are both archetypical and very individual and it was very easy to become emotionally attached to them. By telling the story in alternating chapters about the two sisters who have not spoken in decades, Stradal illustrates the vastly different life paths and the internal justifications each has made to cope, while underscoring the role of family and personal connections in any life.  While the title suggests a humorous romp, much of the book is heartbreaking but being a novel of second chances, it is also about the strength, resilience and guts is takes to follow your dreams.