Ann Hui has been The Globe and Mail’s national food reporter since 2015. Her work has included investigations into the role of lobbying in the development of Canada’s Food Guide, and a 2018 story that uncovered widespread sexual harassment in one of the country’s most prominent wineries. Previously, she covered Toronto politics and national news. Hui has written for The Walrus, National Post, Toronto Star and Victoria Times Colonist and has twice been nominated for National Newspaper Awards. She has a master of journalism from Ryerson University and a bachelor of arts from the University of British Columbia.

Ann will be in Thunder Bay on November 5, 2019 for the Toronto International Festival of Authors Lit On Tour event at the Thunder Bay Art Gallery.

Shauna Kosoris: What was the inspiration for your book Chop Suey Nation: The Surprising History and Vibrant Present of Small-Town Chinese Restaurants from Victoria, BC to Fogo Island, NL?

Ann Hui: As a kid growing up in a Chinese-Canadian household in Vancouver, with access to some of the world’s best Chinese food, I would tag along as my parents went from restaurant to restaurant, seeking out the city’s crispiest Hong Kong-style barbecue goose or the most authentic xiao long bao. There was such a diversity within the umbrella of “Chinese food,” and “going for Chinese” always meant something different.

But each time we would leave Vancouver, and visit a smaller town somewhere, I would come across these other types of Chinese restaurants that were so different from what I was used to. There was a sameness to these restaurants — whether it was the decor, or restaurant name, or the menu, that all seemed to be identical, filled with dishes I as a Chinese person had never heard of. I was fascinated by these places, and always wondered: Where did this other kind of Chinese restaurant come from?

What was the most unique restaurant you visited during your 18 day trip across the country?

How did you discover that your parents ran a Chinese restaurant before you were born?

So it was only after the 18-day-road trip across Canada — driving from Victoria, B.C. for over 9,000 km to Fogo Island, Newfoundland — that I realized, on a trip back to Vancouver to visit my parents that they too had once run a Chinese restaurant in a small town. This was in the years before I was born. I was blown away.

I realized how little I knew about my own family’s story, and that this was something I needed to remedy. And unravelling the story behind that – asking all the questions I knew never to ask, learning about the sacrifices made over time and discovering the secrets my family had so closely guarded, helped me to see the importance these restaurants hold — not only to the history of Chinese-Canadians, but to Canada as a whole.

So what was the most interesting fact you learned while researching your book?

I started out thinking of “chop suey” Chinese food (dishes like ginger beef, or sweet and sour chicken balls) that are sold all over the world as “Chinese” even though they don’t actually originate from China) as “fake” Chinese.

But it was only by learning the history behind this cuisine — understanding that the cuisine actually tells the story of systemic racism against the first Chinese men in North America, and that this food, and these dishes were created in response to that discrimination — that I came to fully appreciate it. Far from being “fake” Chinese, these dishes illustrate quintessentially Chinese — and Canadian — values, like endurance, perseverance, and an entrepreneurial spirit. They are utterly, authentically Chinese and Canadian.

I read in the Calgary Herald that you tried many of these “chop suey” Chinese dishes for the first time later in life. What did you think of them?

I was mystified by them at first. But many of the classic chop suey recipes are ones that have been fine-tuned and perfected over the course of decades. A dish like ginger beef hits all the right notes — sweet, salty, spicy, crunchy, and tender. There’s a reason why they’ve remained so popular.

I’m back to reporting full-time at the Globe, mainly writing on food but also dipping my toe into other areas too.

That’s exciting! I have to ask: How did you become the Globe and Mail’s National Food Reporter?

I’ve been at the Globe since 2010, working in a variety of roles. By 2015, I’d spent the past few years as the Globe‘s Toronto city hall reporter, through the end of Rob Ford’s mayoralty, and I was ready for a change. I’ve always been fascinated by food, and saw that there weren’t many journalists in Canada covering food issues — public policy, health, the environment, agriculture — in a serious way. So I pitched the beat to the Globe, and they said yes.

Let’s wrap up with a few questions about reading. What book or author inspired you to write?

Too many to name. But one of the first writers who inspired my interest in chop suey cuisine was Jennifer 8. Lee, the former New York Times reporter who wrote The Fortune Cookie Chronicles and produced the documentary The Search for General Tso.

I’m halfway through Trick Mirror, by Jia Tolentino. It’s a book of essays exploring all of the ways the Internet has messed up our lives, written from the perspective of a young, millennial woman. It’s so smart and so densely packed with insight. 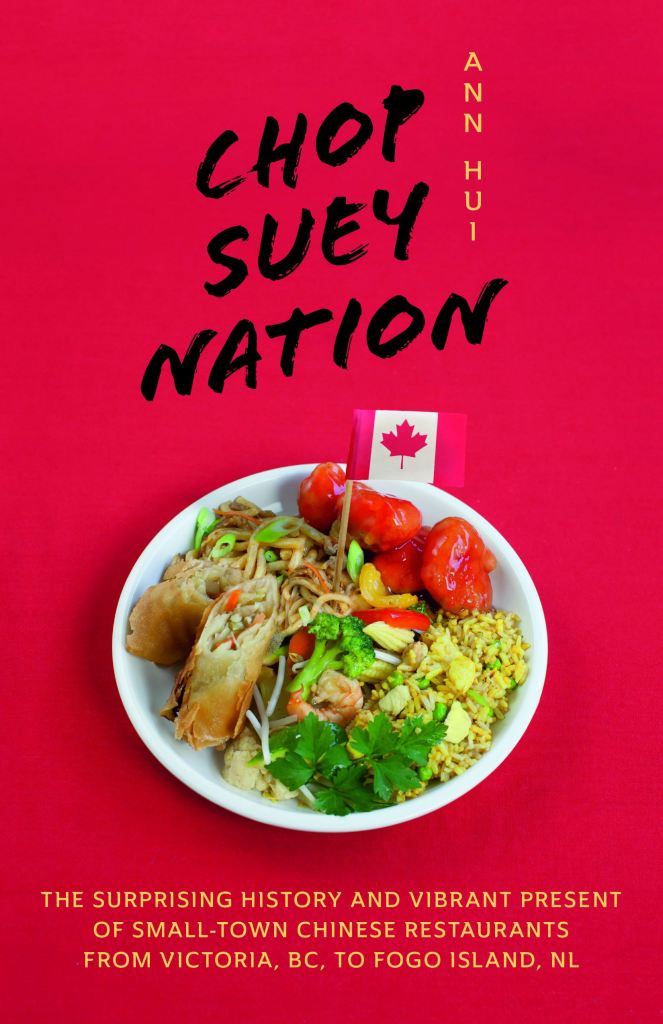