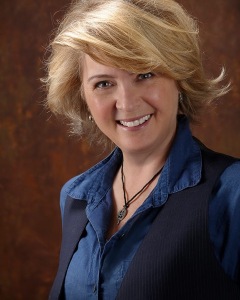 H. Leighton Dickson grew up in the wilds of the Canadian Shield, where her neighbours were wolves, moose, perennial-eating deer and the occasional lynx. She pencilled for DC Comics while studying Zoology in the University of Guelph. Later, she went on to the Edinburgh Zoological Gardens in Scotland, where she was chased by lions, wrestled deaf tigers and fed antibiotics to Polar Bears via baby bottle. A Hybrid author, Heather has self-published books on Amazon as well as Tyche Books’ Steampunk Gothic thriller Cold Stone & Ivy. She also writes for Bayview Magazine and is a photoshop wizard when it comes to book covers. She has been writing since she was thirteen, has three dogs, three cats, three kids but only one husband. She has managed to keep all of them alive so far. You can find her online at hleightondickson.com.

Shauna Kosoris: What was the inspiration for your newest novel, Snow in the Year of the Dragon?

H. Leighton Dickson: Snow is the fourth in a series I’ve been working on for 9 years, starting back in 2011 with the first book, To Journey in the Year of the Tiger. Actually, it’s the 5th book in that series if you count the prequel! There will be 2 more to tie up the major storyline, but readers absolutely LOVE the world I’ve created so much that there may be a few prequels in the plan!

Has the series taken you in any unexpected directions as it has evolved?

As I said, Snow is the fourth in a 6 book story arc, and I know where it’s going. I even have the final scenes planned out in my head, but when you’re writing something this big and involved, there are always twists and turns that take you by surprise. I love it when that happens. It usually turns out to be very rich and imaginative and way better than you had originally imagined!

Definitely!  Most of your published books are part of larger series.  Why do you like writing series as opposed to stand-alone novels?

That’s a good question! I have 2 series and one stand-alone novel and they all have interesting evolutions. With the Upper Kingdom series, I had originally planned to be done after book 2, but my readers had other ideas! Cold Stone & Ivy was also originally intended to be a stand-alone, but I wasn’t done playing with the historical timeline and dove right into book 2. There will be one more, making it a trilogy. Dragon is a stand-alone – Stormfall’s story ends at the end of that book, but once again, readers are not done with the world I’ve created (where dragons are used like horses or oxen, etc) so the story of another dragon in that world is in the works. So to answer your question, I LOVE stand-alone novels, but sometimes the characters have minds of their own!

That’s fair.  Most of your books have been self-published.  Why did you decide to go that route?

I originally tried to pitch my first novel, To Journey in the Year of the Tiger and it’s sequel, To Walk in the Way of Lions, but found no success. Then again, it was my first entry into the world of agents and publishing, and I had no idea what I was doing. My first ‘query letter’ was 2 pages long – a HUGE no-no in the biz! At that time, Amazon was beginning to make a name for itself as an indie marketplace and to be honest, I didn’t know if I was any good! This way, I could slip a book into the market and if it tanked, no one other than me would know! To my surprise, they started to sell. I began to get great reviews. I began to get fan mail. This was naturally very encouraging, and I was learning all the other duties that come along with publishing, so I continued.

After your success with self-publishing, why did you decide to go with a traditional publisher for Cold Stone & Ivy?

Despite the success I was having as an indie, I still wanted the experience of being traditionally published. I was able to get a New York agent on the strength of Cold Stone & Ivy, as well as a traditional deal with a small Canadian firm. I was over the moon to have signed both of those contracts. It was a dream come true for a new author.

I bet! Having done both indie and traditional publishing, which do you prefer?

Well, I don’t know if you know this, but Cold Stone & Ivy is no longer traditionally published! There was a bit of a disagreement with the publisher regarding marketing and covers, etc, so after a year, I negotiated my rights back and self-published Ivy alongside my growing stable of books. The sales have been strong ever since (because people DO judge books by their covers!) and I haven’t looked back. That doesn’t mean I’m averse to trying the traditional route with any subsequent books, but this time I’ll be going in with a great deal more experience than before.

Traditional publishing is in flux right now for many reasons (poor grasp of the ebook market, limited dollars on marketing new/mid-list authors, shrinking of brick and mortar outlets, etc). It’s getting harder and harder for authors to break into the traditional market, and indie authors are getting better and more savvy. I think of it very much like the restaurant scene. You can go to a chain or you can go to a locally owned place and get great food at either. Being a part of a chain doesn’t mean your steak is better, and you might find you like the cuisine at someplace original. The analogy holds true for just about everything – Labatt’s Blue or Skull Rock, Intercity Mall or Elfarrow. Quality and originality are not mutually exclusive things.

All of your books are speculative fiction, generally science fiction or fantasy.  Why do you like writing in those genres?

Well you probably know I’m one of the organizers of ThunderCon, right? I am, and always have been, a huge geek. I love scifi/fantasy. I love comic books, Marvel movies, steampunk décor. I read Jules Verne and HG Wells as a teen, and I love asking the question ‘What if?’ That’s where the Speculative Fiction comes in. What if dragons were real and not ‘magic’, but just apex predators wanting to be free? What if the steam engine didn’t lose ground to petrol and oil? What if genetic engineering could take the best, most resilient parts of species and combine them to augment our own? I love imagination and daydreaming and out-of-the-box thinking. It’s kind of how I’m wired.

Along with being wired to write spec fic, you also have a day job and a family.  How do you find the time to write (and edit and market your books, and everything else that goes with being self-published)?

I have a very understanding family and a super accommodating boss (my husband and I run our own business!), so I tend to steal time from friends and family in order to write. I’m usually up early marketing, and up late writing. All else must fall in between. But yes, 8 books in 7 years. That’s a pretty decent portfolio, isn’t it?

It is! So what are you working on now?

I’m currently writing 2 books – Dragon of Sand and Storm, and a new stand-alone Ship of Spells. I’m also plotting book 5 of the Upper Kingdom series and book 3 of Cold Stone & Ivy. There’s lots going on in my head at all times.

Oh wow, yes there is – good luck with everything! Let’s finish up with a few quick questions about reading. What book or author inspired you to write?

I’m not sure I could say there was one book or author that inspired me to write. I was always reading as a child and always writing as well. Our family is very artistic/creative, so I literally grew up with a pencil in my hand. I read every book in my school library, then went through the entire kids/teen section at the Brodie Library as well. (I was a Fort William girl so going to Waverley was a treat!) I loved Black Beauty, Nancy Drew, Journey to the Center of the Earth, anything Agatha Christie or AC Doyle. When I was older, I read Zelazny and Clarke, Heinlein and McCaffery, Crichton and Grisham. I loved the worlds and characters these authors created, and I think it was a collective inspiration on the part of many authors! Do I have a favourite? Oh yes, Canadian Spec Fic author Guy Gavriel Kay. If I could meet any author, it would be him.

Oooh, another good question! My favourite book is Lions of al-Rassan by Guy Gavriel Kay, so if you’re wanting a great read, go to Guy! But a book everyone should read? My first thought was Black Beauty, a classic that’s easily read but might just change an idea or two about how we treat animals and each other. I’m sure there are more profound choices, but when it comes to books, there are no wrong answers!

What are you currently reading?

The Great Book of Amber – a collection of the Princes of Amber series by Roger Zelazny. Sometimes I see myself in his writing. We’ve been compared before. Yah, I’ll take that! 😉