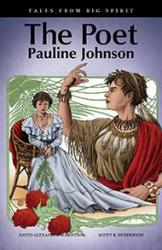 I have been a fan of David Alexander Robertson since I read his 7 Generations graphic novel series a few years ago. Recently I stumbled upon his graphic novel series for a younger audience called “Tales from Big Spirit”. Each book is about a prominent First Nations person from history and teaches the reader about their contributions using beautifully drawn graphics (there are a few different illustrators for the series). Although intended for children, I as an adult really enjoyed reading the books and learned a few new things.

The first title I read was “The Peacemaker- Thanadelathur” (illustrated by Wai Tien). This book teaches the reader about Thanadelathur, a remarkable Dene woman who helped make peace between the Cree and Dene peoples in the 1700s. She was originally captured by some Cree people, and managed to escape after the winter had passed. Nearly starving in the process, she was discovered by some geese hunters from the Hudson’s Bay Company and she agreed to become an interpreter for the Hudson’s Bay Company to establish trade agreements. After some difficulty, she proved the be successful, and Thanadelathur is still remembered today through oral tradition and the Hudson Bay Company’s records (quite a rarity for a First Nations woman at that time!)

Second was “The Poet-Pauline Johnson” (illustrated by Scott B. Henderson). This book introduces Pauline Johnson, a Mohawk poet who was quite 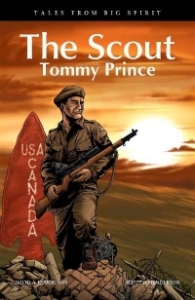 famous for her poetry reciting, especially “A Cry from an Indian Wife” which told of the Battle of Cut Knife during the Riel Rebellion. Being half European and half Mohawk, she worked towards reconciliation towards those groups of people, and her works have been honored by different groups yesterday and today.

Third was “The Ballad of Nancy April- Shawnadithit” (illustrated by Scott B. Henderson) which tells about the extinction of the Beothuk people in Newfoundland in the 19th century. They became instinct due to various reasons, including loss of food sources due to competition with other groups in the area, death due to European diseases (especially tuberculosis), and violent encounters from other groups. Shawnadithit was the last known full-blooded Beothuk person until her death in 1829, and because of her, some history of the Beothuk people survive today.

Last was “The Scout-Tommy Prince” (illustrated by Scott B. Henderson). This installment teaches about Sgt. Tommy Prince, the most decorated First Nations Soldier in Canada, who served in both World War II and the Korean War. As a young man, he spent a lot of time outdoors hunting and doing other skills, and he joined the army cadets when he was a teenager. Despite facing discrimination, he applied for recruitment several times until he was accepted in 1940. He volunteered to the parachute unit, being one of few who passed training. Later on he did many dangerous tasks; including scoping out and reporting on German assembly points (he laid a 1,400 meter long telephone wire and attached it to a phone in an abandoned farmhouse to do so!). After the wars, he became known once again for saving a man from drowning in Winnipeg. Since his passing, many schools and awards have been named after Prince to honor him. 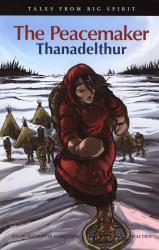 In total, this has been a wonderful group of graphic novels that taught me a bit of Canadian History. Pauline Johnson’s writings are officially on my to-read list, and I have done further readings on the other individuals.  I truly recommend this collection for those young and old. These titles are available by Interlibrary Loan.

View all posts by krivanderleest