Paul Gooding enjoys poetry from the Victorian to the modern age, especially Tennyson, Frost, and Andrea Cohen. He’s the contact person for the Writers’ Circle, who meet on the last Wednesday of the month in the Waverley Auditorium. For more information on Writers’ Circle, please call him at 807-345-8513.

Shauna Kosoris: How did you get involved with Writers’ Circle?

It’s wonderful that Writers’ Circle is so supportive. Other than that support, what is the most positive thing you have gotten out of being a member?

I think it’s the experience of seeing my work in print to a wider audience. To more than just fellow writers. The Writers’ Circle books were placed in the Thunder Bay depot of local works. That was instigated by Ken Boschcoff. I don’t know where it is located but it is the mayor’s collection of books.

That’s very exciting! You were on the editing team for Thunder on the Bay, the Writers’ Circle’s 4th anthology. Who else worked on that with you?

Thunder on the Bay was edited by Joan Baril, Michele Tuomi, and I. Martin Hicks assisted in editing as well (he’s since passed on). L. Keith Johnson was the guiding light to that one. Each time we met he kept a record of who came to the meeting. He was a massive contributor to everything.

The last anthology, Thundering, has a picture of all our contributors. Keith is third from the right.

Your bio in Thunder on the Bay and Thundering says you started writing after taking a course in Victorian Prose & Poetry. Why did that course inspire you?

It was an era of poetry that appealed to my mother. She got me several Tennyson books. I find the music of the poetry very enticing. I had to imitate it. The professor of that course was Dr. S.R. MacGillvary.

Was that here at Lakehead?

Have you always written poetry, or have you tried prose, too?

I tried prose in high school. I’ve written several academic papers. But poetry really. I’ve been in several poetry groups besides Writers Circle. My friends and I test each other. It’s lots of fun.

What is your favourite poem form to write and why?

I think variations on sonnet form, 14 lines. But the order of the lines isn’t given much prominence. Whatever I can fit into 14 lines. I’m not a strict follower. It takes a lot of skill. A sonnet is 14 lines, 3 quatrains, and a couplet. I don’t adhere to it strictly.

I like their voice. I can feel them speaking to me directly and enjoy sharing their poetry. Sharing common interests.

How long does it take you to write a typical poem?

Probably no more than 30 minutes. I don’t write a lot. I write when I feel like it. Not interrupted. 30-40 minutes generally.

What was your first published poem?

I think the poems in Voice of Thunder. That was back in 1998.

Right now, I’ll be giving a presentation to Writers’ Circle on William Wordsworth sonnets. That will be the last week at Waverley in May.

Good luck with that! Let’s finish up with a few questions about reading. What poet first inspired you to write?

Is there a book you think everyone should read?

Just read anything, really. If you get a copy of Victorian Poetry and Prose, it has major poems and essays.

Victorian poetry still satisfies. I’ve been writing poetry since 1998 and it still provides challenges, examples, flights of fancy. It’s an escape from the mundane world to a higher reality. It lifts everything up to a higher dimension.

A book called The Crimes of Paris. It’s about the theft of the Mona Lisa and the criminal underworld of Paris. It’s got larger than life characters. From before Sherlock Holmes.

I also read a book called The Summer Before the War by Helen Simonson. 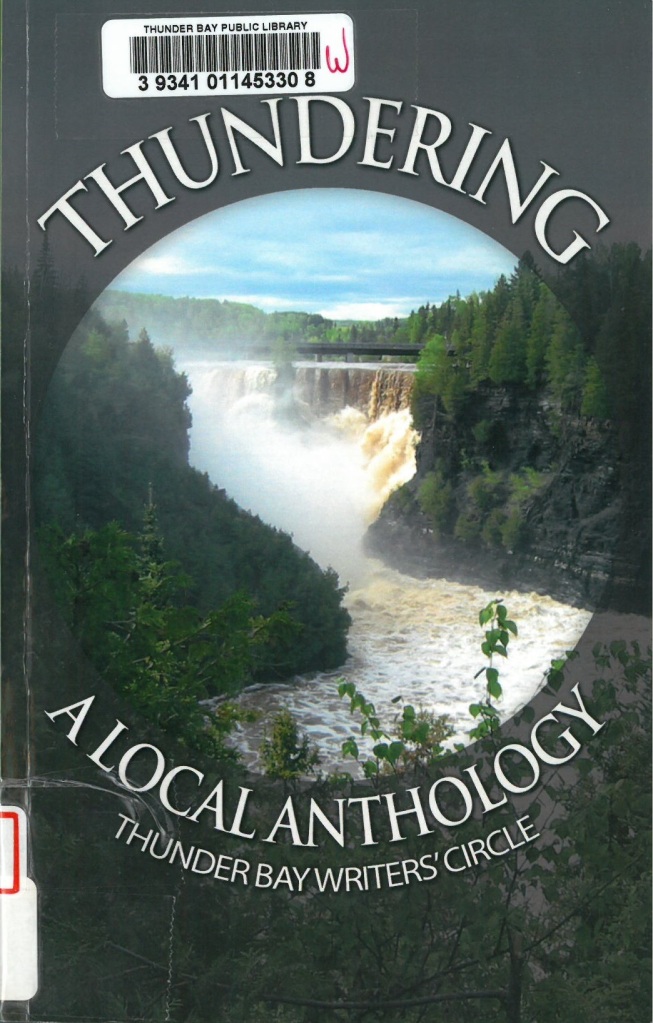