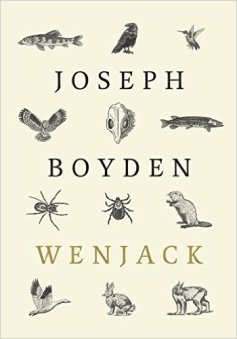 This is the tragic story of an Ojibwe boy who runs away from a North Ontario Indian School, not realising just how far away from home he is. Along the way he’s followed by Manitous, spirits of the forest who comment on his plight, cajoling, taunting and ultimately offering him a type of comfort on his difficult journey back to the place he was so brutally removed from.  It is based on the short life of Chanie Wenjack (misnamed Charlie by his teachers) who was born in 1954 at Ogoki Post . He was forcibly removed from his home in 1964, when he was nine years old, and taken to the Cecilia Jeffrey Indian Residential School over 400 kilometres away in Kenora. He died on 22 October 1966 while trying to walk home along the railroad tracks. Many young victims of the Residential Schools were buried without grave markers. Sometimes their families were not even informed of their death.

Ian Adams wrote ‘The Lonely Death of Charlie Wenjack’ for Maclean’s magazine not long after Chanie’s death in 1966. One outcome of his death – and countless others – was the first public inquiry into residential schools in Canada. Another longer-term outcome was a multimedia re-telling of Chanie’s story by a group of contemporary authors and musicians.  Joseph Boyden voices two tracks about Chanie on the latest album by A Tribe Called Red, The Halliuci Nation.  Gord Downie from the Tragically Hip teamed up with Jeff Lemire to produce Secret Path, which combines a graphic novel with ten songs, and was also filmed as an animation shown on CBC on the 50th anniversary of Chanie’s death.  Wenjack is a powerful and poignant look into the world of a residential school runaway trying to find his way home. 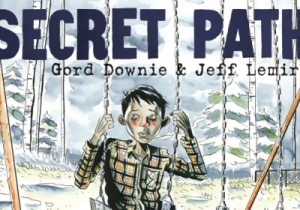