Zombies, Vampires and the Apocalypse are on everyone’s mind these days (well, maybe not everyone), and I’ve been studying up on them…just in case. 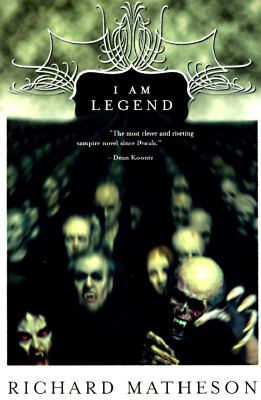 The “last person alive” genre is one of my favourites. I’ve just finished I Am Legend by Richard Matheson. It’s a classic that has spawned at least three film adaptations: The Last Man on Earth (1964) starring Vincent Price, Omega Man (1971) starring Charlton Heston, and I Am Legend (2007) starring Will Smith. (I’ve seen Last Man and Legend, but have yet to see Omega Man).

Matheson’s novel, first published in 1954, follows the story of Robert Neville an ordinary man who, in three years of solitude, undertakes an in-depth study of vampires. Like the Smith movie, the cause of vampirism in the original novel is not mystical, but medical: germs. How these monsters are created is as interesting as how humans attempt to survive. The cause can be experimental, like Frankenstein, or space radiation like Night of the Living Dead, or stories may forego a formal cause and leave that as a mystery.

In the Road by Cormac McCarthy, the cause of the apocalypse is not specified; it is left up to the reader to imagine why the world is ashen, barren and lifeless. Similarly, in Warm Bodies by Isaac Marion, the cause of the apocalypse (in this case, a zombie apocalypse) is not known – it is not even known how much time has passed. Also, the amazing graphic novel series The Walking Dead is like that – the reader is thrust head-first into a world of brain-eating zombies. Very important, in Warm Bodies, Marion explains why it is that zombies eat brains. Very simply, they need the memories and consciousness of the living to “live”.

In all these stories, the world is obliterated. Everything we know and owe to “civilization” is gone. Survivors are wise not to go out at night. Needful things are guns, stored food and bouts of insanity. Examples of such bouts include: 1) throwing a glass of whiskey at a wall, 2) catching yourself in your own trap after yelling at a mannequin, 3) talking to a dead wife on a disconnected phone, and 4) falling in love with a zombie. Characters universally struggle with losing hope for the future. This is usually the same time that they start going crazy.

Hope is seeded, however, through love and/or a sense of humanity. 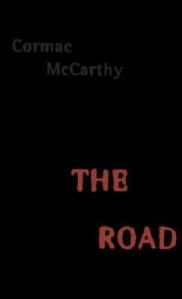 In the Road, for instance, finding a family of “good guys” leaves the reader with a feeling of hope. In Warm Bodies, the return of humanity starts the wave of restoration. And at the end of I Am Legend (the movie) that a cure was found and taken to the last bastion of survivors is meant as an ending hinting towards humanity’s salvation. That ending is very different from the book, by the way.

All in all, what I’ve learned is this: don’t be afraid of zombies or vampires, because in the end love (and a shotgun) conquers all.